Anyone who is deeply into music knows that nothing quite exceeds the unexpected pleasure of hearing just the right song at just the right moment. In fact, shards of my memory revolve around exactly that feeling. Hearing Arcade Fire’s ‘Keep the Car Running’ for the first time on the radio in the bar I was working at. Mr. Scruff putting on Captain Beefheart’s ‘Tropical Hot Dog Night’ during one of his residency nights and it going down like an absolute storm. Various road trips indelibly seared into my mind’s eye because of songs on the radio by the Black Keys, Beck, First Aid Kit, Wolf Alice, Bruce Springsteen, and Calvin Harris of all people. I will make absolutely no excuse for such a random taste in music. So when ‘Body Experience Revue’ by Millionaire came up on visual artist, self-professed melophile and budding DJ Cherelle Sappleton’s playlist, I totally did a mental fist pump: ‘Yaaaaasssss!!!’

Synesthesia
n. A condition in which stimulation of one sense generates a simultaneous sensation in another. These concomitant sensations are automatic […] vivid, and consistent over time.
– American Psychological Association Dictionary of Psychology

Looking at Sappleton’s collages, videos and sculptures I feel as if I should be hearing music. Not only that, similar to how electronic music duo Arling & Cameron produced an album called Music for Imaginary Films, I feel the need to create an imaginary soundtrack to come to grips with her work. So when I look at Sappleton’s early collages created as part of the series Define Yourself (2010-2012) – in which she uses fashion and lifestyle magazines to rework the editorial images of female bodies on display – I hear 2Many DJs’ ingenious car crash of a song, mixing 10 CC’s ‘Dreadlock Holiday’ with Destiny’s Child’s ‘Independent Women’. These early collages are funky, sexy, and gloriously attractive. And when I study the sculptures and prints that form part of A Show of Hands (2014-2016) – in which the artist draws from magazines to interrogate gestures and performative actions – I detect both a cockiness and vulnerability akin to The Pretenders’ ‘Brass in Pocket.’ Finally, when I play her moving image work Self Portrait in Parts, II (2016) – in which the artist homes in on a single part of her own body – I am minded of Minnie Riperton’s ‘Inside My Love,’ one of the steamiest songs ever written, full of hidden desire and sexual yearning. Just like the aforementioned lyrics, these early bodies of work all attempt to address issues surrounding agency and the female body, to advocate a sensuality and physicality of experience, and to readjust the gaze to a feminine one.

“No words are spoken
The only sound we hear
Is body talk, body talk.”
‘Body Talk’ by Imagination

Since graduating from Central Saint Martins in 2013 with an MA in Fine Art, Sappleton’s practice has evolved significantly from her initial exploration of the representation of female bodies in fashion and lifestyle magazines to a much more critical interrogation of the depiction of the (black) female body. Exemplary of that evolution is her series Self Portrait in Parts – Unfix Yourself (2016). These works stem from a frustration with the reductive way in which viewers normally look at the photographed body. Self Portrait in Parts – Unfix Yourself sets out to frustrate this tendency. By using appropriated materials, Sappleton creates collages out of forms that no longer depict the body explicitly. The resulting works are much more complex and surreal than her earlier work. These are no longer mashups comparable to the songs by 2Many DJs, they are much more akin to The KLF’s ‘Chill Out’, a continuous music piece representing a mythical night trip through the American Deep South. Similar to how the many divergent samples and sound effects conjoin to form the motif of the journey in ‘Chill Out,’ so do the shapes used in Sappleton’s collages hint at various limbs, body parts and orifices. They can, however, no longer be identified as part of a ‘normal’ and ‘whole’ body. Identification of the model, so tantalisingly in reach for the viewer in the earlier collages, thus becomes impossible.

“And Ain’t I A Woman?”
Anti-slavery speech by Sojourner Truth delivered in 1851,
as noted down by Frances Gage in 1863.

“Yet here is a significant difference in the way that black and white feminists have so far approached the whole subject of femininity. Black feminists have mainly dealt with the deconstruction of imagery of black women through an understanding of race, class and gender relations, recognising that in a racist society it would be totally inadequate to discuss images of non-white people without considering ideas about race.”
Vron Ware, Beyond the Pale: White Women, Racism and History

The series Hard Places (2017-2020), developed during a year-long residency at the Florence Trust, stems from an acknowledgment of the many problems associated with the representation of black female bodies, and a desire to go beyond an initial deconstruction of such imagery through the prisms of race, class and gender. Academic Jennifer C. Nash, in her publication The Black Body in Ecstasy, admonishes black feminism to move beyond seeing the representation of black female bodies as inherently problematic, and advocates a much more positive and hopeful approach, one that is grounded in pleasure and possibility rather than in injury and pain. Given that Sappleton’s work is grounded in a feminist agenda, it is not surprising that she considers Nash influential on her practice. In Hard Places the artist successfully follows through on Nash’s suggestion by focusing on the collage aspect of her practice, and taking inspiration from abstract painting. The recurring jarring vertical stripes in the various works in Hard Places hint at the issue of enforced binaries in terms of gender and race, providing Sappleton not only with the necessary space to focus much more on the materiality of the collages, but also to allow a fluidity to enter her work in terms of gender and identity.

“The scissors and knife cut and separate, excise and remove; images cannot be returned; books and magazines are forever despoiled. […] If there is a level of violence in extraction, there is equally one in the assembly, where displaced fragments, disjointed images and incomplete slivers abut each other.”
Deborah Cherry, “The Ghost Begins By Coming Back:
Revenants and Returns in Maud Sulter’s Photomontages”

Such a material approach is in effect much more reflective of how collages are often understood in art historical analysis. In such texts, attention is paid to the origins of the various components. Critics marvel at traces of glue or pour over the jagged lines of the cut. The series Hard Places and Study in White (2017-ongoing) display a much wider variety of materials than the artist’s previous works, by their inclusion of leatherette, vinyl, paint, wood and mirrors. A shift has taken place from a relatively monochrome to a much more vibrant approach. Sappleton now uses both magazine cutouts and found material as well as scans of family albums and the personal photo archives of women of colour as points of departure for her collages. The key to understanding Sappleton’s work is that the digital and analogue aspects are of equal importance. Music scholar Lisa Busby considers such a practice to be post-digital: a hybrid of old and new media, with media chosen for their own particular material and aesthetic qualities rather than whether or not they are the result of analogue processes. The violence presumed to be present in most photomontages, however, seems to me to be absent in the artist’s work. If anything, the various components strive to reconstitute marginalised voices, to return to the spotlight bodies and identities otherwise excluded, to offer them a platform to proclaim and proudly own their difference.

And so some of the resulting works retain the tactility, fragility and intimacy so familiar from ‘old-school’ photomontages, whilst in others Sappleton uses large digital blow ups to put together the final work. This approach is not too dissimilar to much of contemporary music. After all, according to Busby, the post-digital has allowed for sampling to evolve from simply reusing portions of sound recordings to composing and recording in such a way that the song sounds as if it contains samples. But from an aesthetic perspective perhaps a more appropriate musical reference is the 1976 classical music composition ‘Canto Ostinato’ by Simeon Ten Holt. This piece is usually performed on two to four pianos, in which each pianist draws from over a hundred sections of a few bars, to be played freely and repeatedly. The end result is a minimalist but extremely densely layered musical tapestry that soars towards an epic showdown. By virtue of its structure, each performance can last from two hours up to a day or more. Sappleton’s most recent works are similarly expansive: bold in texture, colour and scale, with layer after layer of meaning for the viewer to unpack. And so to end with one final musical reference:

“From this time, unchained
We’re all looking at a different picture
Through this new frame of mind
A thousand flowers could bloom
Move over, and give us some room, yeah.”
‘Glory Box’ by Portishead.

This text was previously published in the brochure accompanying the exhibition ‘Cherelle Sappleton – Among Other Things’ on show at Exeter Phoenix from 14 February 2020 until 12 April 2020. 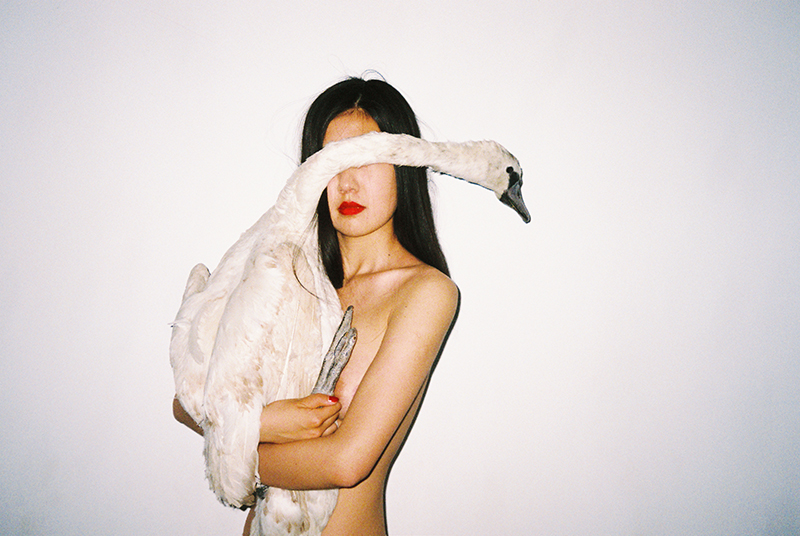 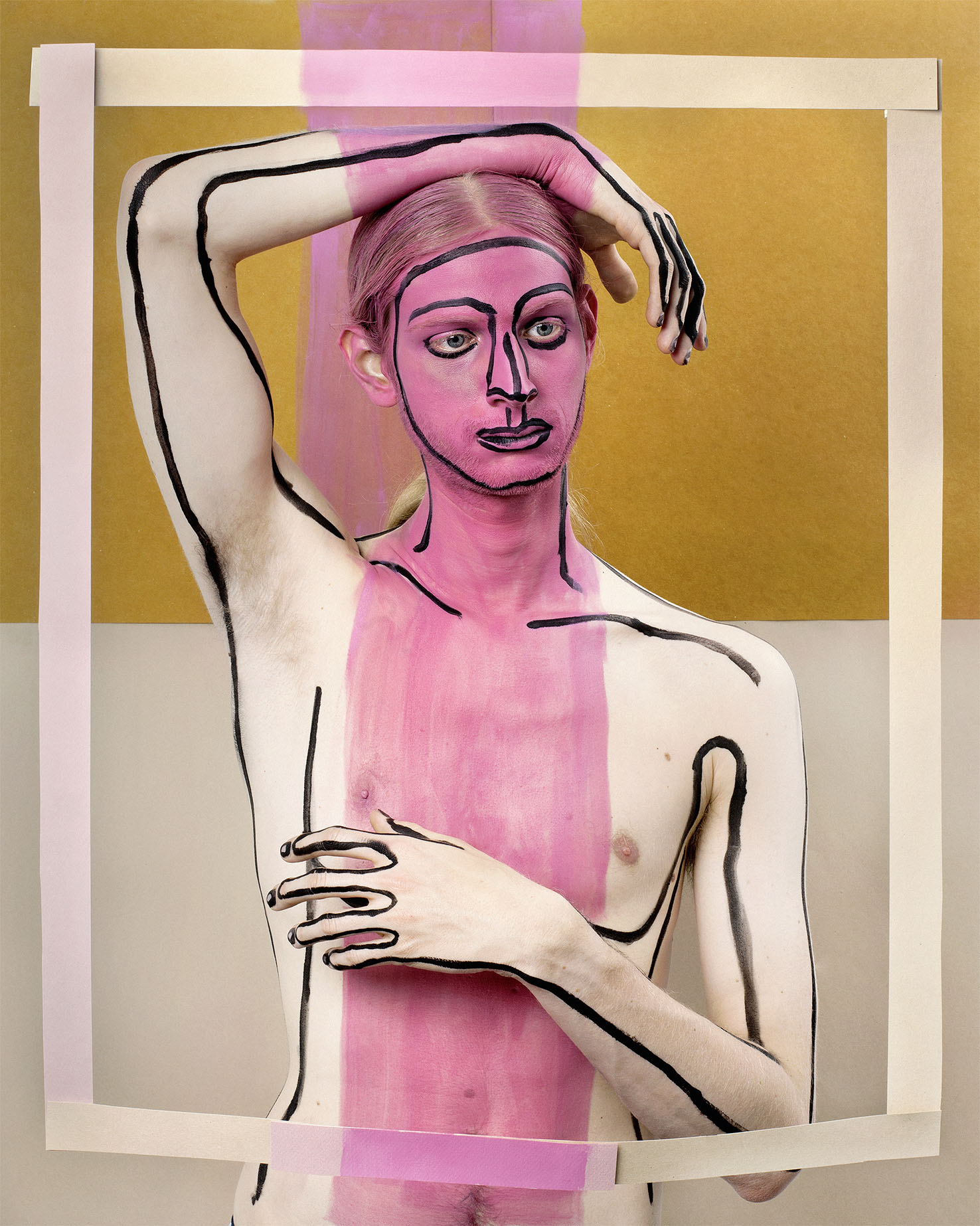