admin 14 January 2017 Leave a Comment on Can You Hear My Body Talk? A Look At Katinka Goldberg’s ‘Bristningar’

“If you could lay on your back for me, then I can put everything to rights.” He slipped his hands underneath my neck, gently moved my head and then suddenly – crack! Next up were my ribs, my spine, my hips, my knees, my ankles. I left the osteopath feeling utterly dazed. All of a sudden my body felt alien to me. It displayed an unfamiliar agility. Joints that had been locked into place for months were unexpectedly given free reign to move again. Tight knots in muscles had come undone, a surplus of tension had been released. My head started to pound, struggling to process it all. How did I fool myself into believing that my body was doing alright, that everything was hunky dory? How did my body become an iron cage that had turned on itself and entrapped my mind?

In Bristningar, Swedish photographer Katinka Goldberg (b. 1981, Stockholm) explores this feeling of alienation of one’s own body. Of not knowing it, not understanding it, even though one lives in it. Bristningar – which roughly translates as Rupture though it contains additional layers of meaning beyond that in Swedish – is the second series of images by the artist in which she is trying to come to grips with herself. It follows in the footsteps of her first body of work, Surfacing, which focused on the bond between herself and her mother.

As Goldberg puts it: “[Surfacing] is about the relationship between my mother and me. I photograph the atmosphere between us. What happens between us and what doesn’t happen. The way I look at her and the way I sometimes see myself in her. How we as children are shaped by the way our parents see the world.”[1] In Surfacing, Goldberg uses landscape imagery to denote the distance between herself and her mother, whereas the more diaristic photographs symbolise their intimacy in all its beautiful and painful glory. The latter pictures remind the viewer of the work by JH Engström, an influence the artist acknowledges. By adding elements of modernist painting to her photographs, Goldberg not only exploits the age-old tension between both media, but also visually refers to the complicated nature of the relationship between herself and her mother.

Having dealt with one important element of her identity, Goldberg moves on to the next one in Bristningar. Producing this series of photographs has given the artist an opportunity to explore her body on her own terms. She starts off from a blank canvas, then collates cut out close-ups to construct a particular view on her body. Through the juxtaposition of various visual elements Goldberg repeats certain forms and colours. A close-up of her hair draped against her neckline pasted onto a blue backdrop sits adjacent to a shot of what looks like cut hair deposited onto the floor. In another picture a penetrating eye looks at us directly from a multitude of overlapping faces.

The choice for collage is logical. After all, we can only see parts of our bodies and only then from certain angles. Our sense of touch adds to the visual information we are capable of gathering. Our image of ourselves is therefore by necessity distorted, ruptured, incomplete. It is only in our mind’s eye that we can then build up a complete picture of what our body looks like. Using collage, Goldberg visually replicates how we are physically capable of looking at our bodies. In parts, in fragments, in pieces. Collages also add a sculptural, tactile element, thereby referencing our sense of touch. This is reinforced by the addition of three-dimensional objects to the works. Once again, Goldberg is stretching the boundaries of photography by spilling over into a different medium.

‘Bristningar’ exudes a fragility, a pain caused by the alienation of one’s body, but also a hesitant desire to know it and thus to accept it.

But there is also a certain violence implied in collage. As Deborah Cherry puts it: “The scissors and knife cut and separate, excise and remove; images cannot be returned; […] If there is a level of violence in extraction, there is equally one in the assembly, where displaced fragments, disjointed images and incomplete slivers abut each other.”[2] Goldberg, however, mutes this violence by her choice of pastel colours and soft lines. She uses imagery of trees and rocks to stand in for parts of her body, those that she is incapable of exploring otherwise, or perhaps those that she does not dare to inspect too closely. The red-tinted collage of trees resembling the outline of her heart serves as an example. There is a similarity in her approach with that of Mayumi Hosokura, whose series Kazan combines portraits of adolescents with pictures of minerals and landscapes. [3]

Bristningar exudes a fragility, a pain caused by the alienation of one’s body, but also a hesitant desire to know it and thus to accept it. The adoption of black-and-white imagery in certain collages adds a timelessness and universality to the work. It takes it beyond simply an exploration of Goldberg’s own body to something we can all identify with.

Katinka Goldberg (b. 1981, Stockholm) is a visual artist based in Oslo, Norway. She gained her BA (Hons) in Photography from the Edinburgh College of Art in Scotland in 2008. Her work has since been exhibited at amongst others the Lillehammer Art Museum in Lillehammer, Norway (2016), the Riga Photobiennal in Latvia (2016), the Bomuldsfabriken Art Museum in Arendal, Norway (2015), the Festival Circulation(s) in Paris (2012) and the Akershus Artcenter in Lillestrom, Norway (2011). Her first book Surfacing, published in 2011 by Gösta Flemming / Journal garnered critical acclaim and was included in Martin Parr’s and Gerry Badger’s The Photobook A History Volume III (2014). Goldberg is represented by Stain Gallery in Stockholm, Sweden en Gallery Melk in Oslo, Norway.

1 Quote is derived from the blurb for Surfacing on Photobookstore. 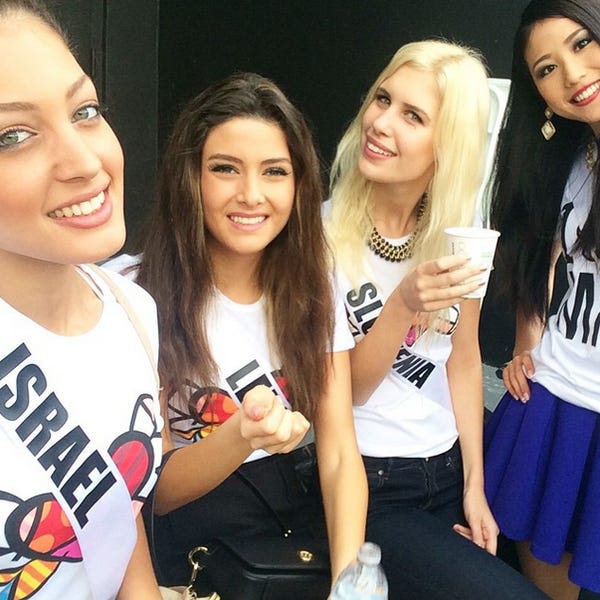 Moral Panic – The Selfie As Photography Out of Place