“I think, right, that dancing is like the best thing in the world, because it makes you healthy, like in your body, but it makes your head better too. So would you just stay, please, and dance?”
Chris in season one, episode four of the acclaimed television series Skins.

Even though it is an essential human activity, dancing does not translate well to photography. The difficulty lies in capturing the movements successfully as well as the passage of time and the multitude of emotions involved. Those photographers that have tried and succeeded seem all to have taken a leaf from the filmmaker’s book. One well-known example is the scene captured by Johan van der Keuken in Paris on Bastille Day, or as it called in French: Le Quattorze Juillet. Wandering down the streets of the French capital during this public holiday, the photographer arrives at a small square where an orchestra is playing and people are dancing. The sequence of images shows that he is moving around the scene rather than standing in the middle of it. Van der Keuken takes the viewer by the hand and whirls the spectator around. We become part of the action. And in the midst of it, the photographer manages to capture this incredibly private moment of a couple dancing.

Another, more considered, example is the film produced by David Claerbout called Dancing Couples (after: Couples at square dance, McIntosh County Oklahoma, 1939 or 1940). In it we see young men anxiously clutching their partners. The passage of time between each individual film still is minimal, the movements subtle. The men depicted are tired and sweaty. They hardly seem to notice Claerbout, even though he seems to be standing in the middle of the dance floor. The flashlight harshly illuminates the faces of the men, but throws everything else into darkness. The imagery displays a wonderful interplay of gazes. The photographer, and by extension the viewer, looks at the dancing couples. The dancing men stare into the distance, until they suddenly become aware of being observed by Claerbout. A note of hostility creeps into their gaze and into their postures. The women on the other hand have their eyes averted. They look away, or hide their faces on the shoulder of their partners.

Claerbout’s film is a re-imagining of a picture originally taken by Russell Lee for the FSA photography project. Like Claerbout, Lee is surrounded by dancers. Again, we see young lads holding on tightly to the girls. The flash light harshly illuminates their sweaty faces and clothes, whilst covering everything else in darkness. Lee’s subjects barely realize that the photographer is there, apart from the one young man who defiantly stares into the camera. The look on his face is telling and makes us uncomfortable. Since the image is shot in colour long before it became fashionable for documentary photographers to use colour photography, the picture has a cinematic and almost surreal quality to it. It is fascinating that Claerbout felt the need to produce a film to capture the dancers, their motions and emotions, whereas Lee succeeded in using one single shot.

Like Claerbout, Rineke Dijkstra also ventured into film. However, her approach is different and her mise-en-scene more obviously a photographic one. In her short film The Buzzclub, Liverpool, UK/Mysteryworld, Zaandam, NL 1996-7, Dijkstra gets teenagers attending nightclubs and dance festivals to move a short distance away from the dance floor. She then positions them against a white backdrop. At a loss of what to do, the adolescents at first pose in front of the camera, swill some beer, smoke a cigarette perhaps. But as the music is still audible in the background, the teenagers begin to dance in front of the camera. Some completely loose themselves in the music, their awkwardness completely forgotten. Others remain acutely aware of being observed and their way of dancing becomes a way of showing off. Their movements and their looks become almost hostile.

Dijkstra’s film is characterized by simple but effective editing. Our focus, just like that of the camera, is on the character occupying the centre of the screen. Mary McCartney on the other hand, uses every editing trick in the book in her short film Devoted to Dance. She portrays the professional dancers working in the famous Crazy Horse nightclub in Paris. The result is astonishing. In slightly over a minute she manages to capture everything. We see the dancers shortly before they go on stage. We see them practicing their dance moves. We see them after they have finished, looking tired and sore. We see props being used, such as poles and chairs. We see a theatre with empty chairs, we see glaring stage lights and disco balls.

Whereas Van der Keuken, Claerbout, Lee and Dijkstra generally show large parts of the dancers’ bodies, if not always the entire body, McCartney zooms in on particular parts. We see hands, legs, feet, hips. It is a celebration of the body, an admiration for the dance. The movie really excels in the use of montage. The editing is fast, but feels almost the opposite. The film cuts compact the dance routine effectively and efficiently. But most interestingly is McCartney’s use of double exposures throughout. Combined with her use of black-and-white film it is redolent of early photography. It also gives the movie a dreamlike and impressionistic quality, and condenses both the passage of time as well as the dance movements visually. Devoted to Dance is truly a motion picture in every sense of the word. 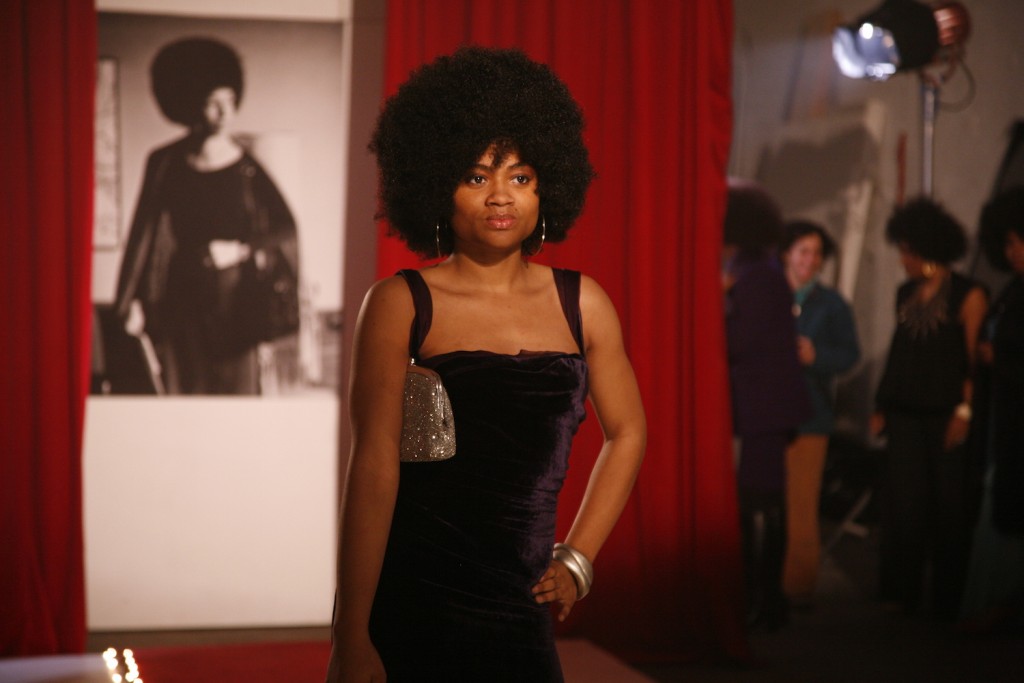