Dawn has arrived. The fog of the previous night dissipates slowly. Shapes loom in the distance. Blurry at first, but increasingly they come into focus. The ground gently slopes, but is barren. The undergrowth is devoid of leaves. The sky is overcast and there is a hint of snow in the air. Crows circle above the trenches, waiting for the living to depart, so they can feast on the dead. Remains are strewn all over the place. The scene looks like an outright slaughter, the result of a military decision gone pear-shaped. Or does it?

Currently on show at both Erarta and the Rizzordi Art Foundation in St. Petersburg, as well as the Grinberg Gallery in Moscow are photographs from the series The Landscape after the Battle by the Russian artist group Hmeli-Suneli. The trio consists of Victor Hmel, Elena Sukhoveeva, and since 2009 Sergey Lutsenko. They live and work in Krasnodar, a city situated in the south of Russia. And just like many places worldwide, Krasnodar is suffering from the consequences of rampant consumer capitalism with its associated waste, its total lack of regard for the environment and its dependence on fossil fuels. With this series of images, Hmeli-Suneli sharply criticise these tendencies. But they do not go down the well-trodden path of capturing pristine and exotic, and therefore almost surreal, landscapes under imminent threat, like other artists have done in the past. The trio have chosen instead to create allegories set in their immediate surroundings.

The scene looks like an outright slaughter, the result of a military decision gone pear-shaped. Or does it?

As a result we are confronted with landscapes that straddle that grey area where the city ends and the countryside begins. It is in these waste lands that we find the churned soil, the garbage, the rotting cars, the ruined houses and crumbling factories. They look like deserted battlefields. One in particular reminds me of one of the very first war photographs: Roger Fenton’s The Valley of the Shadow of Death, dating from 1855. Fenton’s image shows similarly undulating lines in the landscape, and the ground is equally covered in rubble. Since photography in Fenton’s day and age was not yet advanced enough to take pictures of military action, he had to settle for portraits of army officers, images of soldiers and camp followers, and photographs of the lay out of the military camps. The Valley of the Shadow of Death stands out from his other images, because it actually depicts the aftermath of one of the battles. Nonetheless, Fenton’s image only obliquely refers to the dead and wounded of the fight by showing the field strewn with cannon balls. After all, at first glance they could easily be mistaken for human skulls. This, in conjunction with the biblical reference in the title, is probably the reason why this particular image still resonates.

But whereas we can easily imagine nature at some point recovering in The Valley of the Shadow of Death, thus removing all traces of war, no such scenario seems possible in the case of The Landscape after the Battle. After all, the remains on show are mostly plastic bags, which are destined to be there forever, whilst the surrounding landscape is slowly dying. It is just like in Chris Jordan’s series Midway – Message from the Gyre, in which he shows birds that have died and decomposed. But all the bits of plastic the birds have swallowed during their lives will remain there for eternity.

These images by Hmeli-Suneli have a particular and unnerving beauty to them, even though they are metaphors for death, decay and environmental disaster. But perhaps the beauty is necessary to let us keep looking, to let the warning slowly but ultimately clearly seep through.

In common with Jordan, Hmeli-Suneli make use of animals to get their point across. Inserted in their landscapes are cattle skulls, which immediately raises unsettling questions. Are these cattle the unwitting victims of the battle? Or are they substitutes for human beings? We see enormous heaps of skulls, eerily conjuring up images of mass graves, concentration camps and genocide. We see them mounted on poles. It brings to mind earlier periods in history, when beheadings were part and parcel of the criminal justice system, and when displaying skulls on the city walls served as a dire warning to both aspiring criminals and approaching enemies.

Throughout the middle ages until the present day the skull has of course been the prime vanitas symbol in art, reminding the viewer that death ultimately comes to us all. At the same time, these images by Hmeli-Suneli have a particular and unnerving beauty to them, even though they are metaphors for death, decay and environmental disaster. But perhaps the beauty is necessary to let us keep looking, to let the warning slowly but ultimately clearly seep through. If we do nothing to prevent this desolate landscape from coming into being, it will ultimately be us who will suffer the consequences. 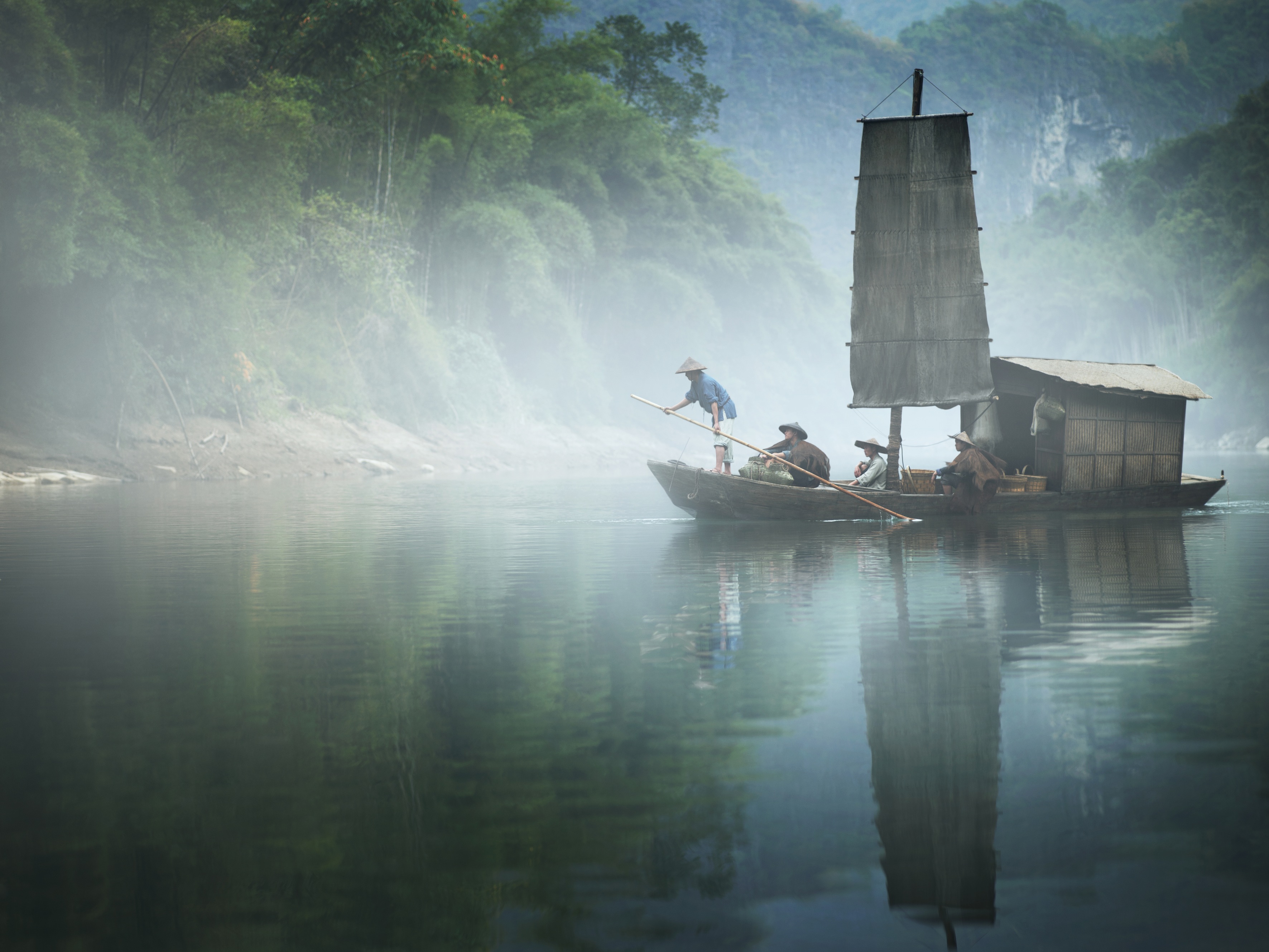