In 1976 Martin Scorsese dropped a little bomb on the American cultural landscape with his film Taxi Driver. The movie is without a doubt Scorsese’s masterpiece. The performances put in by Robert De Niro, Jodie Foster and Harvey Keitel are out of this world. Paul Schrader’s script is one of the most disconcerting stories ever written. Bernard Herrmann’s musical score switches between dreamy, warm and romantic jazz tones, lulling us into a false sense of happiness, and shrill, threatening operatic pieces, denoting angst and sadness. Michael Chapman’s cinematography is beautiful and mesmerising. Taxi Driver deservedly features in every single ‘best films ever’ list.

Travis Bickle, the protagonist of the film and played by Robert De Niro, is the ultimate post-modern antihero. He is a werewolf, almost effortlessly switching between being a sweet loser and a deranged psychopath. Travis desperately searches for a human connection and a masculine identity, but is unable to find either. He wants to live the American Dream, but he cannot have it. Travis is completely obsessed with and strongly judges the lowlife he encounters on the streets, but does not realise that he himself is part of it. In the end, he decides to become an angel of vengeance by setting himself the task of cleaning up the streets. First, he erroneously wants to take out senator Palantine, then he tries to shoot Iris’ pimp. Travis seeks redemption by way of vigilante justice, but whether he achieves his goal remains an unanswered question by the end of the film.

Daylight symbolises all the good things that befall Travis. It is during the day that he chats up Betsy and that he takes out Iris for breakfast. It is during the day that he fails to shoot senator Palantine and successfully manages to escape the security guards. It is at night that we witness Travis’ downfall, from his failed date with Betsy, to driving away from Iris in distress. From his cringing phone call to make up to Betsy, to his attempt to murder Iris’ pimp and getting himself shot in the process. It is at night that Travis goes through the depths of purgatory and desperately tries to come out on the other side in one piece. And it is the night scenes that are the most arresting visually.

The night sequences were mostly shot from the inside of the taxi, with Travis randomly driving the streets of New York. The sound recording was done from inside the trunk of the car. In these scenes Chapman made use of the available light on the streets. As a result, the streets of New York are bathing in neon lights, in warm reds and yellows. The seemingly ever present rain, as well as the windshield and the rear view mirror are used to create blurry, hazy images. The night scenes skew Bickle’s view on the city. As a result they isolate and alienate him even more. In terms of bewildering urban scenes, the New York on show in Taxi Driver, especially during the opening and closing credits, is remarkably similar to William Klein’s view on the metropolis in Broadway by Light from 1958.

It was actually looking down the barrel of a gun being pointed at Klein’s photo camera by a scowling kid that first made me think of Martin Scorsese’s seminal film. I could all too easily imagine the kid being Robert de Niro talking to himself in the mirror. The photographs which Klein shot in New York and which he later published in the influential book Life is Good & Good for You in New York – Trance Witness Revels show a hitherto unseen New York. A little like Travis, Klein ventured everywhere in the city and witnessed everything. From the start he chucked every photographic convention out of the window, experimenting with focus, composition and contrast. He aimed to create a view on New York that was partially inspired by grainy tabloids and partially by comic books. Since he had grown up in New York, he knew the city well, especially some of the seedier parts.

But whereas Broadway by Light is a mesmerising and delirious joy ride, Taxi Driver is one man’s slow descent into hell.

But I believe that his extended stay in Paris after World War II enabled Klein to look at the metropolis with new eyes. Klein was intrigued by New York as a city selling itself. He saw it as a place where advertising played an enormous role in day-to-day life, where the American dream was being propagated everywhere all the time. But the same American dream was juxtaposed to the harsh reality of life in some of the down and out neighbourhoods of the city. His series is like a stream of consciousness, an endless flow of quick snaps firmly rooted in the moment. Klein initially struggled to get his New York pictures published, since the American publishers he approached all considered it to be too unpatriotic, too grim. It was only thanks to French film maker Chris Marker that the book saw the light of day at all.

And it was Chris Marker who convinced Klein to start making films. Broadway by Light is his first attempt. In many ways it continues in the same vein as his photographic series of New York. At the same time it is completely different. Where people usually take centre stage in the New York pictures, they are curiously absent in the film. The use of colour in the movie also ensures a more positive view on the city than Klein espoused before. Everything is bathed in hues of red, yellow, blue and pink. The views are dazzling and blazing with gaudy, flickering lights. The surroundings are steeped in the deepest black, thus cloaking anything seedy, anything that might look amiss. Klein simply spent a few nights on Times Square, filming what he saw and using existing light, a trick later repeated by Chapman. Klein’s film is accompanied by Maurice Le Roux’ score, which adds a jaunty undertone to the rushes.

Here to stay however is his sense of experimentation and his fascination with commercials and advertising. We see the jaunty angles, the strong lines, the severed texts, the tight crops and the tilted perspectives that we know from Life is Good & Good for You in New York – Trance Witness Revels. We see the reflections of the lights being captured on cars and in puddles, which is something we have witnessed in Taxi Driver as well. The jittery editing ensures that the messages displayed on the bill boards are being repeated over and over again. But despite the size of the letters, despite the clarity the light bulbs provide, the cropping of the texts ensures that all this information on display is indecipherable. This is not unlike Taxi Driver, where Travis’ eyes are intensely roaming the streets, soaking up everything he sees like a sponge, but he cannot process it. It is what ultimately drives him mad. But whereas Broadway by Light is a mesmerising and delirious joy ride, Taxi Driver is one man’s slow descent into hell.

Apocalypse Now – On the Photographs by AES+F and Gregory Crewdson 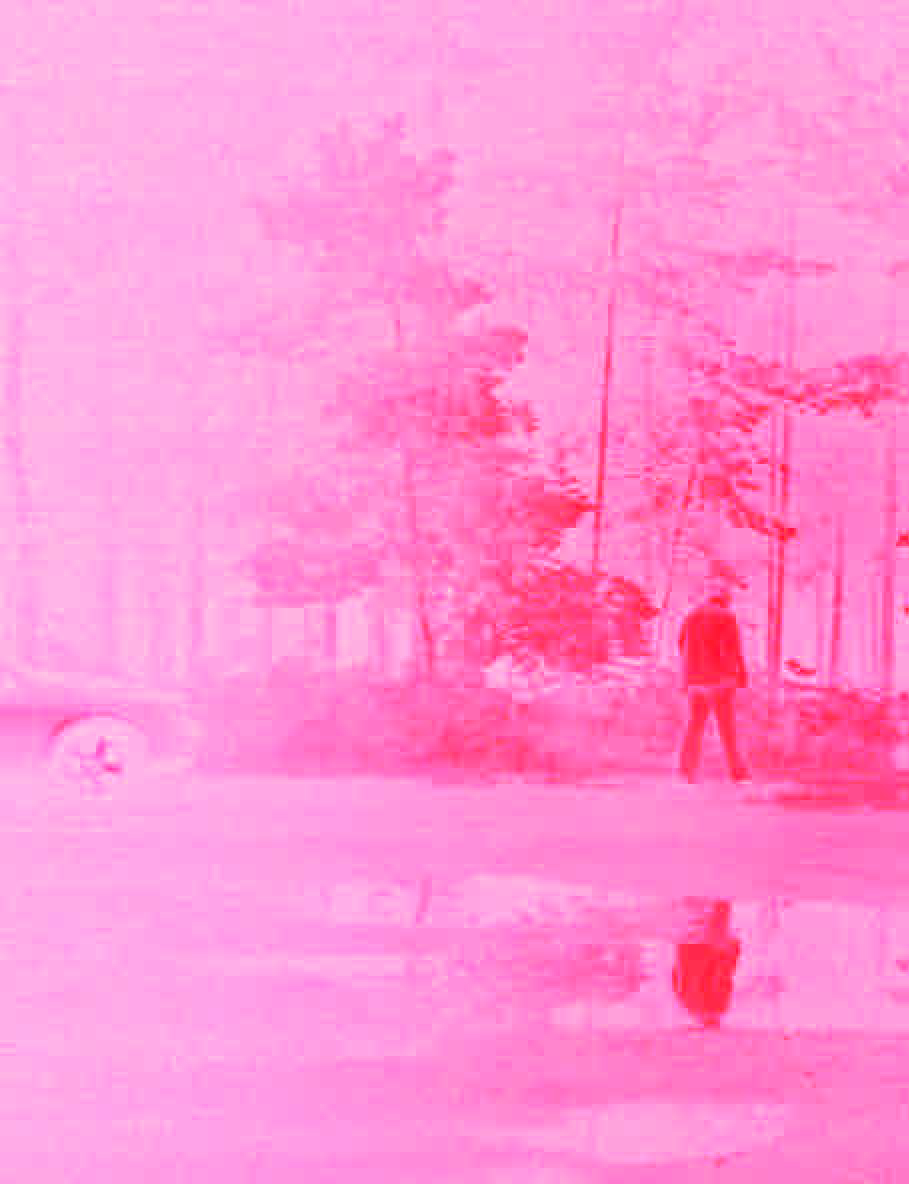