Finally, most of the survivors have arrived at Terminus. As usual I am late to the party. I am still catching my breath from binge watching all episodes from the start of season one until the finale of season four of The Walking Dead. It must be said: the pace is relentless, as is the emotional turmoil heaped upon the innocent viewer. So much so, that watching the series sometimes becomes too much to bear. After all, The Walking Dead simply glories in killing off its main characters. Unfortunately, the cause of their demise is not so much being eaten by walkers, although they claim their fair share too. Indeed, it is more the living that cause so much death and destruction. This in itself is not unique to the post-apocalyptic genre, but I feel that The Walking Dead is pushing the envelope in terms of grimness and despair. In that sense the series has much in common with Battlestar Galactica.

So the apocalypse has just happened. Set in the American Deep South of the present day, some virus has wiped out most of humanity. The dead have risen and have been trying to devour the few straggling survivors ever since. We are introduced to a man waking up out of a coma in a deserted hospital. He has yet to find out that the world has gone to hell. The Walking Dead did not have the most promising of starts both visually and story-wise, and it made me hesitate whether I should continue watching. After all, we have seen this before in Danny Boyle’s 28 Days Later. The view of a man walking around forlorn in a hospital gown in a deserted central London beats footage of a man doing the same in small-town America. But to give credit where it is due: the scene of Rick Grimes riding a horse into a desolate Atlanta makes up for a lot of stuff. Even if it does remind me of I am Legend.

Then the series changes gear and picks up pace. Our main character ventures into Atlanta, meets up with some other survivors, and after some incredible escape routines from the city he reunites with his family. So far, so lucky. But now shit hits the fan, and the fan does not stop spinning. From here on out, raw and unfettered emotions take over. Common sense and sensibility get tossed out of the window. From the moment they meet again, a pissing contest takes place between the two likely leaders Rick and his best friend Shane. It does not help that Rick’s wife, Lori, has been sleeping with Shane. As for the rest of the group, they have been thrown together by happenstance, and they make for some unlikely bedfellows.

The start to the re-imagined version of Battlestar Galactica is a lot more gripping and spectacular. After all, we get to see the apocalypse. The Cylons attack the twelve colonies by surprise and in force. The human race is caught with its pants down, and in a matter of hours has nearly been obliterated. A tiny remnant of 50.000 people in a few tattered spaceships run for their lives. Whilst being pursued, a power struggle takes place between Commander Bill Adama, and the new President of the Twelve Colonies, Laura Roslin. The choice ultimately boils down to fight or flight. It results in the remnants of the Colonial fleet breaking through the Cylon blockade with all guns blazing. The series continues with the survivors on the run, their hides singed, but still gloriously alive. Roslin and Adama try to keep everyone’s act together by providing as much stability as they can. Even so, they have their difficulties. Resources are limited. People struggle to adjust to their new circumstances and to come to terms with their losses. Moreover, they have Cylons in their midst, masquerading as humans. Fortunately, in The Walking Dead, they don’t have to worry about that on top of everything else.

The two series have a lot in common. There are the unassuming leaders that rise to the occasion (Laura Roslin, Rick Grimes). There are the bad guys with Messiah complexes (Gaius Balthar, The Governor) and the wiry, potty-mouthed, hotheaded rebels with tortured pasts (Kara Thrace, Daryl Dixon). There are the resourceful nerds (Felix Gaeta, Glenn Rhee) and the babies that represent hope for the future (Hera Agathon, Judith Grimes). Both series have the characters facing difficult choices, and struggling to retain some shreds of their humanity. No one has clean hands at the end of the road. There are some stellar acting performances as well, with both series featuring strong casts of actors. Both series are also good in dropping little bombshells, blasting characters out of the water previously thought to have invincible plot armour (outing Saul Tigh as a Cylon, exiling Carol Peletier as a murderer).

Both series have similar story arcs and narrative tropes. In both cases the survivors are running for their lives from one place to the next, never having time to catch their breath before the next strike happens. In the meantime they have to find enough resources such as fuel and water to make it to the next pit stop, whilst also having to come to terms with all sorts of grief and exhaustion as a result of the apocalypse. In both cases they find a place of relative peace and get lulled into a false sense of security (New Caprica, Hershel’s farm). Both series contain complicated love triangles (Kara Thrace, Lee Adama and Samuel T. Anders vs Rick Grimes, Shane Walsh, Lori Grimes). Both deal with father-son issues (Rick and Carl Grimes, Bill and Lee Adama), near-rape situations (Maggy Greene and the Governor, Sharon Agathon and Alastair Thorne), the loss of eyes (Saul Tighe, The Governor) and the impact of mental health issues on people’s judgment (Laura Roslin, Gaius Balthar, Rick Grimes, Lizzie Samuels). There are the heroic sacrifices to save others (Louanne Katraine, Merle Dixon) and the fruitless searches for the lost (Sophia Peletier, Kara Thrace). And of course there is the big secret that inevitably gets out (everyone is infected, Cylons masquerading as humans).

So at first glance, no matter how valiant a fight back the survivors might stage, it seems that the Cylons and the walkers are going to win this fight hands down, without even having to break into a sweat. Simply because people do a good job of killing each other off as a result of those fickle emotions of love, hate, revenge, anger, ambition and greed, even when faced with complete annihilation. In fact, these emotions have so much the upper hand that you want to yell at the telly in sheer frustration. But as much as you want to bang your head against the wall because of the stupidity and lack of rationale on display, it is a lot more gripping than the obvious dangers posed by walkers or Cylons.

Interestingly, the grimness and despair of both series come through visually. The survivors are cornered on all sides and are fighting with their backs against the wall. The scenes of Battlestar Galactica feel perennially dark, gloomy, narrow, cramped, claustrophobic. The light is always artificial, the air stale. The bridge, the crew’s quarters and the flight deck feel crowded and outdated. The landscape in The Walking Dead looks dank, humid, muggy, sickly green, festering and sheer uncomfortable. The world has shrunk to a few square miles of densely wooded forests. The prison cells look spartan and dirty, not a place to feel at home, to feel safe. The survivors in both series are piled on top of each other in close quarters, and it shows in the camera work. Actions and emotions are right in the viewer’s face. The only time an actual horizon and a wide expanse of land comes into view is when an idyllic picture of a false safe haven is painted (New Caprica, Hershel’s farm, Terminus). But soon enough the viewer is hit with a hammer between the eyes when walkers, Cylons or human enemies come to destroy it.

The downfall of Battlestar Galactica as a television series was caused by having a credible endgame but somehow still screwing up in the journey towards it. It was obvious from the start that the survivors would find Earth and therefore salvation, but that it would never be in the form they had expected. However, by the end of season four I did not care any longer whether and how they got there. The story line had simply become too convoluted for any willing suspending of my disbelief. I really have no idea what the endgame for The Walking Dead is going to be. After all, the only positive endgame in the form of a cure has already been shot to pieces in season one. Of course this might turn out to be the biggest red herring yet. But it precludes the endgame offered in I Am Legend, where the viewer knows from the start that the protagonist will find a cure, even if he won’t live to enjoy the fruits of his labour. I cannot see the walkers becoming best buds with the living as some of the Cylons did. I can also not envision our hardy band of survivors perennially running from one false sanctuary to the next. So the only other outcome is a negative one and has the series end with the death of all the characters, probably in one glorious final showdown. Which would really break my heart, because what would have been the point of emotionally investing in it all? 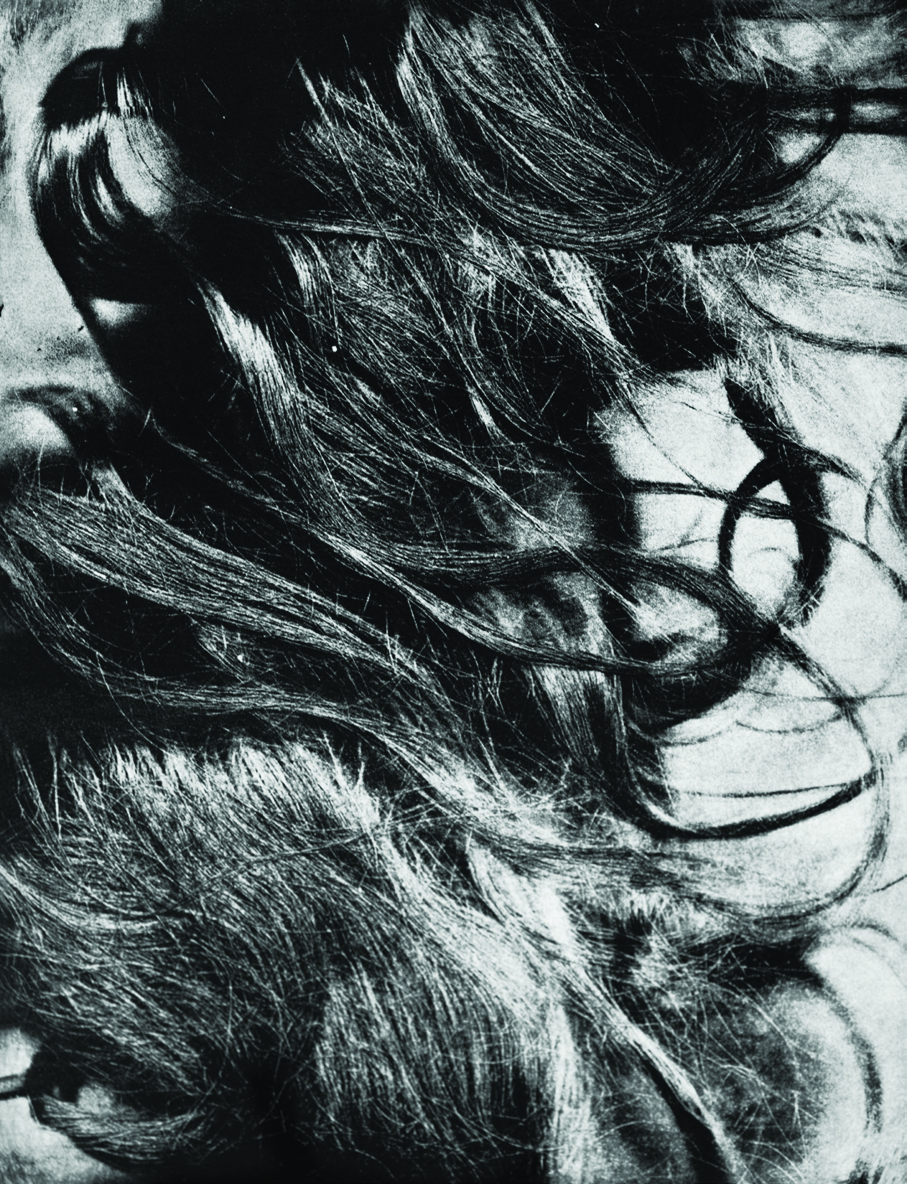