admin 4 August 2014 Leave a Comment on Fighting the Battle for the Mind of North America – David Cronenberg: The Exhibition

David Cronenberg – The Exhibition, currently at EYE Amsterdam, is dark and sinister. And that is a compliment. Walking into the exhibition space feels akin to setting foot in another dimension. The room is shrouded in darkness. The objects on display belong to a different universe. The sounds from Cronenberg’s many films mix to create a sound scape full of angst and suspense. Shivers run down my spine.

Slowly I walk past the exhibits. I hover over the typewriter used in Naked Lunch. Incredulously I stare at the metal contraption worn by one of the characters in Crash. Intrigued I look at the game console from Existenz. Bemused I circle the Telepod from The Fly. I read first drafts of scripts, I look at film clips, I study storyboards. Just like the hand coming out of the television set in Videodrome to grab Max Renn, I am drawn in by the exhibition. Helplessly, I give myself over to the experience.

Just like the hand coming out of the television set in Videodrome to grab Max Renn, I am drawn in by the exhibition. Helplessly, I give myself over to the experience.

The show itself is divided in three parts, which are partly chronological, partly thematic. Cronenberg’s early films deal with the question: Who made me? At the start of his career, the director is obsessed with well-meaning father figures that experiment on innocent victims. Movies such as Shivers, Rabid and Crimes of the Future are used to illustrate the point. The second part tries to provide answers to the question: Who am I? Crash, Dead Ringers and The Fly are on hand to explore this particular topic. The final part of the exhibition deals with Cronenberg’s more recent work. It also tries to formulate a response to the question: Who are we? A History of Violence, Eastern Promises and A Dangerous Method show possible and perturbing answers. Considering that Cronenberg’s career spans close to forty years, even his earliest films remain utterly relevant to this day. The consistency of his oeuvre is remarkable as well as his dogged pursuit in finding satisfying answers to the questions raised.

Overall, the exhibition is well thought out and well designed. Every film in Cronenberg’s oeuvre is given its own dedicated wall space. An impression of the movie is given by cleverly using a small number of exhibits. This can take the form of props from the set, drawn up story boards, parts of the script, photographs taken on set, and used costumes. The visitor is treated to a short clip from each film, usually accompanied by a little sneak peek behind the scenes. Perhaps unsurprisingly, special attention is given to Cronenberg’s best known films: Videodrome, Naked Lunch and Existenz. These are presented with longer clips shown on bigger screens, accompanied by more props and attributes and a more in-depth explanation about both the content as well as the making of.

The exhibition works precisely because of our fetishism with objects, our addiction to new media, our obsession with technology.

Sex, death, violence, fetishism, media and technology are recurring topics in Cronenberg’s work. Watching the film clips, we fall in love with Deborah Harry, Viggo Mortensen and Jeremy Irons all over again. The poster for Civic TV used in Videodrome is simple yet elegant in its design. The surgical instruments from Dead Ringers are appalling and intriguing in equal manner. The careful attention paid to the packaging of computer games in Existenz is stunning. The period dresses from A Dangerous Method let me drift away to another place, another era. The exhibition works precisely because of our fetishism with objects, our addiction to new media, our obsession with technology.

The vast part of the exhibition is presented in one large gallery space, and this would have been sufficient. Somewhat unnecessarily, an additional exhibition space was given over to the bar from Naked Lunch, complete with a mugwump perched on a stool and a shot of whiskey. The room also contained a screen showing interview clips with the director himself as well as two desktops where the visitor could create a virtual exhibition of his work. The space felt like an afterthought and the exhibition could have done without it. Nonetheless, just like Cronenberg’s films, the exhibition captured my mind in a way I had never anticipated. A must see.

David Cronenberg – The Exhibition runs to 14 September 2014 at EYE Amsterdam.

This review has been submitted for the Frieze Art Writers Prize. 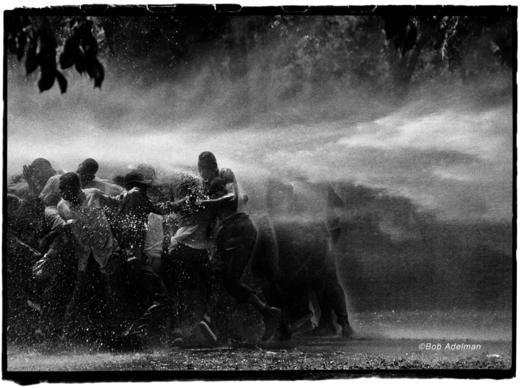