“The images that mobilize conscience are always linked to a given historical situation. The more general they are, the less likely they are to be effective.”
Susan Sontag – On Photography, p. 17

How do you correctly interpret two very different photographs that look absolutely alike? How can you? Where do you even begin? The first image shows a military bunker partially suspended in the Baltic Sea. The second one depicts a concrete pillbox gradually being eroded by the lapping waves of the North Sea. One structure was built in Liepaja in Latvia by the Soviet Army as part of their defences during the Cold War. The other was constructed by the Allied Forces in Findhorn, Scotland to protect the United Kingdom should the Nazis ever invade. Both military complexes have in common that they have not seen any actual warfare. One because the Cold War never got heated enough to descend into real fighting, the other because the Nazis had their hands full with occupying the continent.

Despite the geographic distance between them, the two structures could not look more alike in these pictures. The two images have similarly subdued and washed out white, blue, grey and brown colours. Both photographs show the eroding heaps of concrete in the very centre of the image. Both pictures seem to have been taken under very similar weather circumstances, as each building is surrounded by calm seas during an early morning underneath a slightly overcast sky. As a result there is an eerie, haunting, surreal quality to the two photos. The windows in each of the pillboxes resemble empty, unseeing eyes. They stare at us pleadingly, despairingly. Each shot was taken with large format cameras and is characterised by that particular stillness, that specific focus and sharp detail only such cameras can provide. And both images seem to suffer from the same logical fallacy.

The picture Latvia, Liepaja – Bunker in the Baltic Sea is part of a series called Relics of the Cold War by Dutch documentary photographer Martin Roemers. For a period of about ten years Roemers travelled the length and breadth of Europe to capture the military infrastructure on both sides of the Iron Curtain. He photographed rusting planes and tanks, underground tunnels and command centres, military barracks, separation walls and watchtowers, and propaganda in the form of statues and murals. Relics of the Cold War has since become a significant part of his oeuvre. Roemers deals with the architecture and technology of war in a similar way to Simon Norfolk and Donovan Wylie, about whom I have written at length elsewhere.

It is fascinating to see in Roemer’s work that no matter which side of the Iron Curtain you are on, the infrastructure looks the same. The command centres look like they have been taken straight out of a 1960s Star Trek episode. The tunnels remind me of Norfolk’s pictures of the insides of the Large Hadron Collider. The watchtowers could be just like any of Wylie’s watchtowers in Northern Ireland and Taysir Batniji’s outlook posts in the Palestinian Territories. However, the structures have all in common that they are decaying rapidly. Roemers’ intention is to capture these relics of the Cold War before they completely disappear. His intention is to remind us of how mutually assured destruction by the United States and the USSR was a very real possibility in the period 1945-1989.

Marc Wilson is trying to do something similar. His series The Last Stand portrays the military defences constructed along the British coast line, and other parts of North-western Europe. He has been working on the series since 2010 and has focused mainly on structures dating from the Second World War. Like many of Roemers’ images, the captured landscapes contain military buildings situated in rugged landscapes, decaying in the surrounding wilderness. They are located on the outskirts of the land. They are positioned on natural borders such as rivers, cliffs and coastlines. Like Roemers, Wilson wants to commit these structures to photographic memory before they are completely eroded by nature, and before the generation that lived through the Second World War is no longer with us.

But how can these pictures help us to remember? Since the invention of the medium, photographs have served as mnemonic devices. But that only works so far as the people who actually lived through the events the images refer to, are still alive. So what do these pictures convey to a viewer who is not intimately familiar with either the Cold War or the Second World War? What do they tell us? Can they tell us anything at all? Considering myself a somewhat informed viewer about both historical events, I understand what Roemers and Wilson are trying to do. A part of me applauds it. But another part of me doubts the wisdom and viability of their endeavour. After all, I have hazy childhood memories of the Berlin Wall coming down. I remember understanding even then how significant the Fall was politically, socially and historically. But I am not nearly old enough to truly comprehend the terror of the possibility of all out nuclear warfare. With regards to the Second World War, I can only understand it from what I have been taught about it during history classes, from stories I have heard from my grandparents, from books I have read, and films, photographs, documentaries and exhibitions I have seen on the subject. Nonetheless, all of this information can still only paint a partial picture for me.

Roemers’ and Wilson’s pictures are beautiful in their own right. But beauty in itself is in this case not enough. They capture something that exists here and now, but which is a decaying reference to a quickly disappearing past. If you are not familiar with that past, then the reference becomes meaningless. Mutual destruction has still been assured. 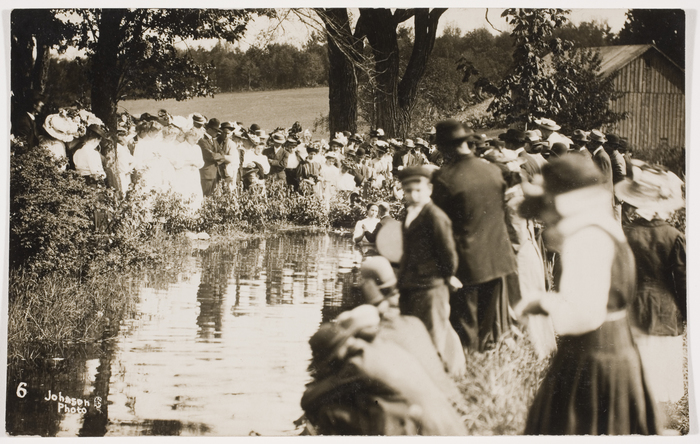